Wednesday’s Got Issues: Syrians are massacred and the UN doesn’t care 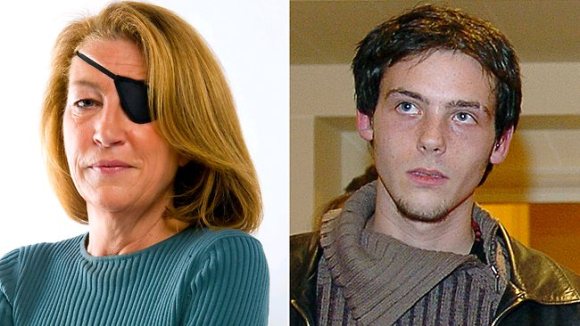 This week it seems that everyone has begun to talk about the unrest in Syria, particularly in the city of Homs, but that’s all that they are doing, talking. I’m not going to pretend to know all of the details regarding why President Assad is murdering his own people, or even why the UN and various governments seem reluctant to take action against a violent dictator. However, as I recall, the action against Colonel Gaddhafi was a lot more decisive and swift, and I refuse to believe that any governing body can think that it is preferential to do nothing.

Today the main story has been the deaths of American journalist, Marie Colvin and French photographer Remi Ochlik, an undeniably tragic occurrence for people who strived to tell the stories of those without a voice. Hopefully the high profile nature of this news story will spur the authorities into action against Assad, who, according to Colvin’s final report, has been purposely attacking densely populated civilian areas and refusing to allow anyone to leave. However, it should not be the sad deaths of two dedicated professionals that inspire our world’s leaders to aid the suffering Syrians, the very fact that a government was murdering their own people should have been enough.

As I understand it, the hesitation is due to the strong Syrian army, powerful position of the country’s leader and, probably, it’s ownership of oil (please correct me if I’m wrong). But the fact that it may be a challenge to overcome a terrible regime should not be a deterrent. Many Syrians have died in their efforts to attain freedom, and their sacrifice should not be in vain. Call me crazy, but the entire United Nations against one administration doesn’t sound like much of a fight. I can’t understand what they are waiting for, do they think that a homicidal tyrant is simply going to stop his vengeful attack? Or are they waiting for all of the dissidents to be murdered and for the country to return to a dictatorship, so that they can return to the more important matter of rewarding the bankers that caused a global recession?

Hopefully our world leaders will grow a backbone soon, for the sake of the Syrian people.

Today was Whitney Houston’s funeral, it was broadcast live to million of people, all of them eager to share in the mourning of an idol. There was quite a stellar lineup of speakers and performers, from the Rev. Al Sharpton to Alicia Keys, but the person who stood out the most for me was Kevin Costner. His speech, though a little random at the beginning, gave us an insight into the Whitney that very few people were privileged enough to see. From her beginnings in a church choir through to an embarrassing mishap during a screen test for her most famous film, The Bodyguard. I was laughing and bawling in equal measure, particularly at the end: check it out below.

I wasn’t going to write another blogpost tonight but, wow, then Whitney Houston died. I’ve been listening to her music for my entire life, trying and completely failing to sing along with her. She had so many rough patches but it seemed like she had gotten through it all, just like with Amy Winehouse, it seems like you can never escape your demons. The performance above is so beautiful and poignant, I’ve been blubbing along to it on repeat. I can’t even imagine the pain that her family is experiencing, as well as her fans, may she rest in peace.

Travellin’ Tuesdays: How to Die on Fraser Island

This week I thought I’d share my experiences of Fraser Island, a sand island off the east coast of Australia. My friends and I spent 2 days there, managing to dodge the certain death that we thought was coming to us, courtesy of a 2 hour safety briefing prior to our departure.
In that space of time, we were told about the multitude of ways in which to die in two days of driving, camping and generally getting sand into crevices that we didn’t know existed.

For a start there was the sand itself, we were warned about washouts, hazards that occur on the beach when a section of the ground is swept away leaving a hidden mini-cliff that had rolled many 4x4s in the past. Subsequently our vehicle remained at a respectable speed for the duration, which meant that we became stuck in loose sand next to an ever-nearing tide, forcing us to wedge ourselves headfirst underneath the car to dig ourselves free before the saltwater violated our engine.

Next were the rip tides, just in case the many dangers of the island itself were enough to put you off, a seafaring escape was out of the question. And while we’re on the subject, sharks, crocodiles and every poisonous jellyfish imaginable also called the waters their home. It is fortuitous that the island boasts a number of stunning lakes complete with shores of white sand and crystal blue waters, so that you can have a relaxing day contemplating just how lucky you are to be alive.

Lastly, there is the island’s wildlife, a rather conspicuous aspect of our trip, in which we made sure to be dingo safe (crossing your arms over your chest is scientifically proven to stop wild dogs wanting to attack you, fact.) as one strolled past our campfire without a second look. While the snakes left us alone, the Australia-sized spiders seemingly enjoyed our girlish screams and thus made their presence felt at every opportunity. It was at an Aborigine-run campsite on the first night that I heard, and can still hear to this day, the clicking of pincers emanating from what I can only describe as two tarantulas, a short distance above my head. I try not to imagine what the pair was discussing, other than who was to eat me first. I was, therefore, determined to ignore the spiders in the camp toilets, whose range in size and colour would have excited even the most casual of zoologists, but I was glad to head off to a jellyfish covered beach the next morning.

In our quest to stay alive, we swam in the shallows of a cool lake filled with curious turtles in search of toe-shaped morsels, explored a crusty shipwreck that made us think of our next tetanus shot, and floated nervously in The Champagne Pools alongside microscopic yet deadly jellyfish. It’s probably a good idea that I neglected to inform my mother of the above risks until after I had returned, but as we left the sandy paradise behind, there were only two words I could think of to sum up my experience: character building.